The role of guitar in the band 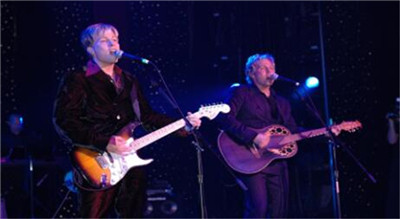 The role of guitar in the band
In the 1970s and 1980s, guitars were well received by the public, which aroused the interest and interest of the public, especially young people.In the early 1980s, people began to study classical guitars from a professional perspective.Since the 1990s, with the development of society, guitars have evolved from a single classical guitar to a variety of genres such as classical guitars, acoustic guitars, Hawaiian guitars, electric guitars, and flamenco guitars.As an excellent plucked instrument, the guitar can perform perfectly in folk, rock and classical music, bringing melancholy and beautiful music, and can reflect its value in the band.This article has made some explanations and analysis on the role of guitar in the band.

The guitar plays a decisive role in the entire band, is the soul of the band, is the communicator in the band,It can form a good communication with other instruments, playing beautiful music melody and tempo rhythm.It can play impromptu Solo phrases in the music, especially in the interlude, which is a good interpretation of its own characteristics and enriches the tone of the band. 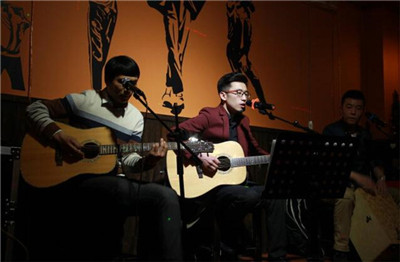 1.The guitar has the effect of changing the sound quality in the band
The guitar plays a very important role in the band, and the band members can use both to accompaniment and solo.You can also play the guitar straps while playing, and play freely. It is an indispensable instrument in the whole band.With the development of electroacoustics and electronic technology, electronic guitars have been produced.As a kind of musical instrument, electronic guitar is not only a melody instrument but also a harmonic instrument. From the shape to the sound, it is very different from the traditional guitar, and the structure of the electronic guitar has a wide variety of structures.For example: solid electric guitar, electro-acoustic electronic guitar, etc.The electronic guitar uses the sound principle of string shock to electroacoustic conversion, which has different expressive power from traditional guitar.The main reason is that the electric guitar is equipped with a tone controller, foot control, vibrato, mechanical, volume adjuster, and a variety of different sounds with the effect of the effecter, so that it has a rich sound charm.Guitarists can play a variety of styles of music using electronic guitars, embodying the features of electronic guitars in modern music and rock music.The clean
tone is the main feature of the acoustic guitar, but it does not have the characteristics of its own pickup, and the style of play is limited. 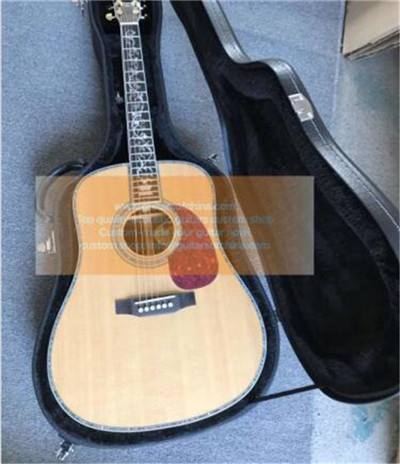 Electronic guitars have effectively changed this limitation, giving full play to the characteristics and processing of their own timbre changes to make music unique.And let its sound quality be full and full of penetrating power, you can control the size of the sound at will, the unpredictable, colorful sound quality, allowing the player to easily control the different styles of works.The guitar has a powerful impact on the guitar under the effective use of the guitar. This is one of the most basic functions of the guitar. The guitar is a very important instrument in the whole band.The guitarist has an incomparable influence in the band.The guitar player's playing makes the music powerful, reverberating and powerful, which is the unique advantage of the guitar.The sound of a distorted guitar is very influential in the band.The music played by the distorted guitar in the band will also become full of ears.The effective use of the effector can give the musician a feeling of change, and its effect is the same as that of the bass.As long as you use it properly, you can play the sound to the extreme.The effective use of the effector allows the guitar to play a gorgeous, colorful effect, giving a sense of unpredictable hearing, effectively increasing the appeal of music.In addition, the guitar has a very important role to play. It is a colorful coat for the music, which gives the audience a deep sense of hearing.In the band, if the drum is the skeleton of the band, the keyboard is the skin, the bass is the blood, then the guitar is the gorgeous eye-catching coat.
In the band, assuming that no guitar is working, even if the music played is inspiring, and there is connotation, it will be inferior. 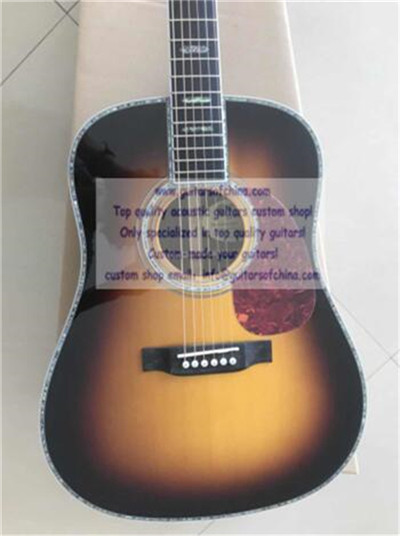 2.The guitar plays a role in color optimization in the band
The modern pop band's largest compilation can accommodate more than 60 people. It adds a jazz drum and some percussion instruments, a lead guitar, a rhythm guitar and a bass guitar to the original single tube orchestra.,asynthesizer, a piano and some instruments with ethnic characteristics, the whole band is magnificent and strong.In modern pop bands, the traditional orchestral part plays a central role in the entire band, and the guitar is dominated by the line of the middle voice.National and electro-acoustic instruments almost are concentrated on the highlights of the entire band, playing the prelude, interlude, ending and cadenza.The guitar has the best performance. It has a unique tone, and during the performance of the band, it has a strong appeal, making it a colorful and exciting group.Among them, the distortion sound is the most outstanding. Sometimes it can make the music play magnificent and deafening. Sometimes it can play the melody of the song, the melody of the guitar, the stringing performance of the guitar and the broken sound. The perfect combination of the playing method plays a finishing role in the music.If there is a multi-part guitar, the accompaniment guitar plays the role of the inner part in the performance, and the climax part of the interlude can use the brilliance of the distortion sound or the distortion chord method to push him to the key division point. Also a common expression technique in the band.The climax of the interlude can be used to distort the melody or distortion chords of the distorted timbre, pushing him to the key split point, which is also commonly used in the band. The bass guitar and the jazz drum played a rhythmic framework in the band playing, and the organic combination with the keyboard played a key role in the band.Guitars and keyboards often have alternate complementarities. The most common is that during the normal playing of a piece of music, the alternating main and sub-melody between them makes the whole piece perfect.Secondly, the four major pieces of rock guitar are mainly composed of lead guitar, rhythm guitar, bass guitar and jazz drum.Among them, Rhythm Ji replaced the position of the keyboard, which is also one of the distinguishing features between pop music and rock music.Pop music pays attention to the rendering of colors, and meets the needs of different instruments through keyboard, piano, wind, string and other musical instruments. The metal tone part is very important for rock music, mainly based on guitar and lead guitar. The fusion of the two, the role and position are the same, the only difference is the difference in the tone structure between them.Through the above analysis, we can have a deeper understanding of the performance of the guitar.

3.The effect of guitar effects on the band
In the modern band, the guitarist relies on the guitar's effects to make a lot of strange sounds, becoming a favorite instrument of the current people.The reason is that the guitar's brilliant singer solo and fascinating sounds make the audience fascinated, so that he has outstanding performance, which makes the guitar play a pivotal role in the band and become the indispensable main instrument in the band. Let many young people with musical dreams become guitarists in a band.The reason why the guitar has such outstanding performance is not only the skilled playing skills and music cultivation of the guitar player, but more importantly, the use of the effector. In the band's performance, there is an effect booster that adds a lot of unique sound effects.Such as,reverberation, percussion, metal sound, wah, hoar, whistle, whistling, etc., make the tone change colorful, maximize its unique expressive power.In the band, the guitar directly inserts the effector into the amplifier, which is also the sound in the usual sense.It is difficult to see the original sound color from beginning to end in the modern band. Generally, two or three effects are used.According to the emotional changes required by the music, various effects are added during the performance. After the guitar passes the effect, the original sound of the guitar is changed.

The guitar is adjusted by various control switches and various knobs, so that the guitar has beautiful beauty. Oh, a unique voice,If ordinary people don't see the music played by the guitarist with their own eyes, it is difficult to imagine that this unique sound is played by the guitar. Many laymen who don't understand the guitar think that the sound is the sound of the electronic synthesizer.In the modern band, the guitar player uses the varied and flexible features to play the music, and the advanced synthesizer can't achieve the effect.

All in all, the guitar, as a musical instrument popular among young people all over the world, plays an important role in the band and is an irreplaceable instrument in the band.Many bands interpret the excellent musical works of different periods and styles through the perfect interpretation of the guitar.For example, Eddie Van Halen's "Van Ha1en l", the Panthers' "The Land of Nowhere" and other famous songs are played by guitarists, and with the fusion of other melody instruments and bands in the band. Greatly enhance the rendering power and appeal of music and become a classic music.This shows the influence and role of the guitar in the band.